Posted on November 1, 2018 by deaconwarner 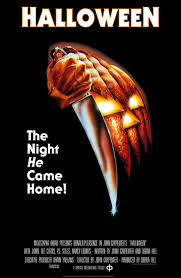 Halloween just wouldn’t be the same without this John Carpenter classic.

The Nightmare Before Christmas

Many debate about whether this film is a Halloween film or a Christmas film, JuiceMedia says Halloween!

This Disney film pits three kids and magical cat against a coven of witches, a fun Halloween film for everyone.

The Silence of the Lambs

This psychological thriller/horror is going to make you want to take a shower after watching it.

Any episode of this beloved animated show will be perfect for Halloween!

No Country For Old Men

In the words of the JuiceMedia student who picked this, “this film isn’t a horror film but it might as well be.” Javier Bardem’s chilling performance is every bit as terrifying as any of the great Halloween monsters.

The Tuesday the 17th episode of this comedic procedural is perfect for Halloween!

This period horror piece is a Halloween classic in the making.