With the third week of Juice Media wrapping up, everyone’s pumped for their upcoming big project.

But first, a recap.

The students finished and screened their second group projects – motion poems. These poems ranged from heartfelt and sentimental to dark and bone-chilling. Each project had its own flare, which was brought by each student who helped crafted the motion poem’s visual style and tone. All projects have been uploaded to Juice Media’s Vimeo page. 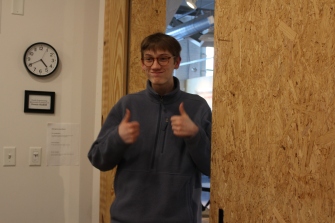 A special guest came to visit Juice Media; Ryan Stopera from Motion Poems. He presented his own experience with filmmaking in the Twin Cities area; the struggles that came with location scouting and time constraints, to finish projects and his connection with different communities. Mr. Stopera gave some advice that was worth repeating: keep creating and don’t be afraid to show your work to others. 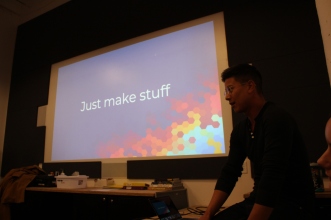 Throughout the week, everyone worked on their first individual projects. At least the preproduction stage. From the story being planned out and writing the script, to the storyboards and finding potential actors.

Soon, they will be presenting their pitches, and then the fun can really begin.